My last vacation in a nutshell 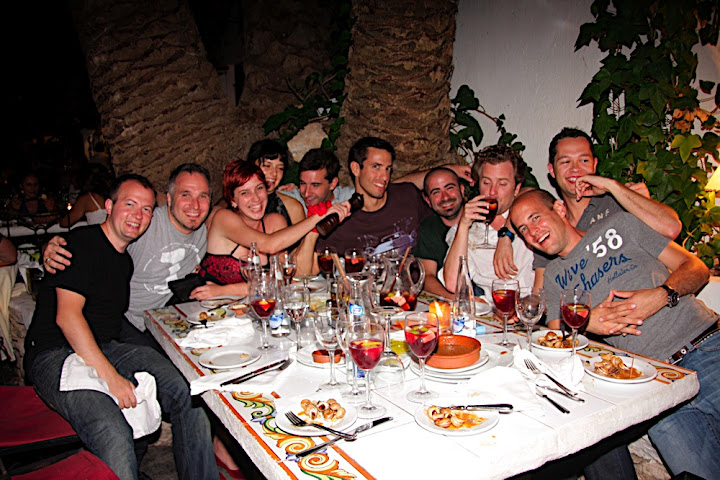 So, last week I came back from vacation. I was traveling for two weeks, starting in Ibiza, where I had some good parties, nice moments with friends, sun, sea and all good things.

After that I came back to Zurich, where I met my father, my uncle and my cousing, who came visiting from Brazil. We took my car and went in a road trip, starting in Paris, where I had the nice opportunity to meet Luiz, a friend of mine who I haven't seen in the past years. I also used the time my relatives went to the tower to get a haircut and new hair color ;)

After that, we headed to Bruges, in Belgium, which turned to be a very nice surprise. We walked around the city as usual, and then went to a pub that had more than 100 kinds of beers. We didn't manage to try more than 20.

From Bruges, we went to Cologne, which unfortunately has not much than the Cathedral to see. The city was almost completely destroyed by the II World War, and seems to have been rebuilt in a not interesting architectural style. Oh well...

Next was Berlin, which is still my favorite town in Europe. beautiful, historical, cultural, friendly people, Berlin is a place where I would live, I think. I had a great time at Hanne am Zoo, which is a soccer themed pub. We met the owner, gave him an Internacional shirt, took pictures, and had lots of beers. Now the Internacional shirt is part of the bar's decoration. In the last night there I met Torsten, and we had a nice chat while having beers and watching Bayern München X Haifa. There was also this crazy bar called KLO by the side of our hotel. Crazy decoration, very friendly staff.

Prague was the last "tourist" activity. I have to say that I was a bit tired of the walking thing, so I didn't really make the best of ouf the town. It has potential, I have to say. The architecture is insane. There is no spot in town that you don't think is crazy beautiful, and their old town is dated of the 15th century. I had the impression people were not as friendly as the Berliners, but well, maybe that was just my impression.

After Prague, I went to Munich, where I met part of the Ibiza crew, and some other people for a good tim 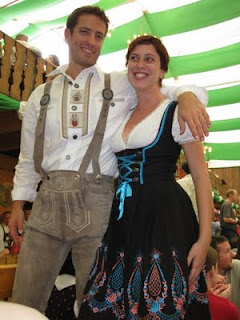 e at the Oktoberfest. They only sell beers in glasses of 1 liter. The music is awful, but who cares after few liters of beer? It was a lot of fun. I spent two nights in Munich, then took the train back to Zurich Sunday at 8:25am.

After missing a connection in Munich still, I got in the train, and had to change trains in Lindau, which was the final destination. Half drunk hangover nanda sleeps in the train, and when she wakes up, she is in a town she never heard of. Yay! Where did Lindau go? Aparently, the trian I took split in two at some point, and the wagon where I was siting went to this other place, around 200Km away from my original route.

I made it to Zurich around 7pm, which probably should make it to the Records book, since I think I made the longest possible route to get from Munich to Zurich.